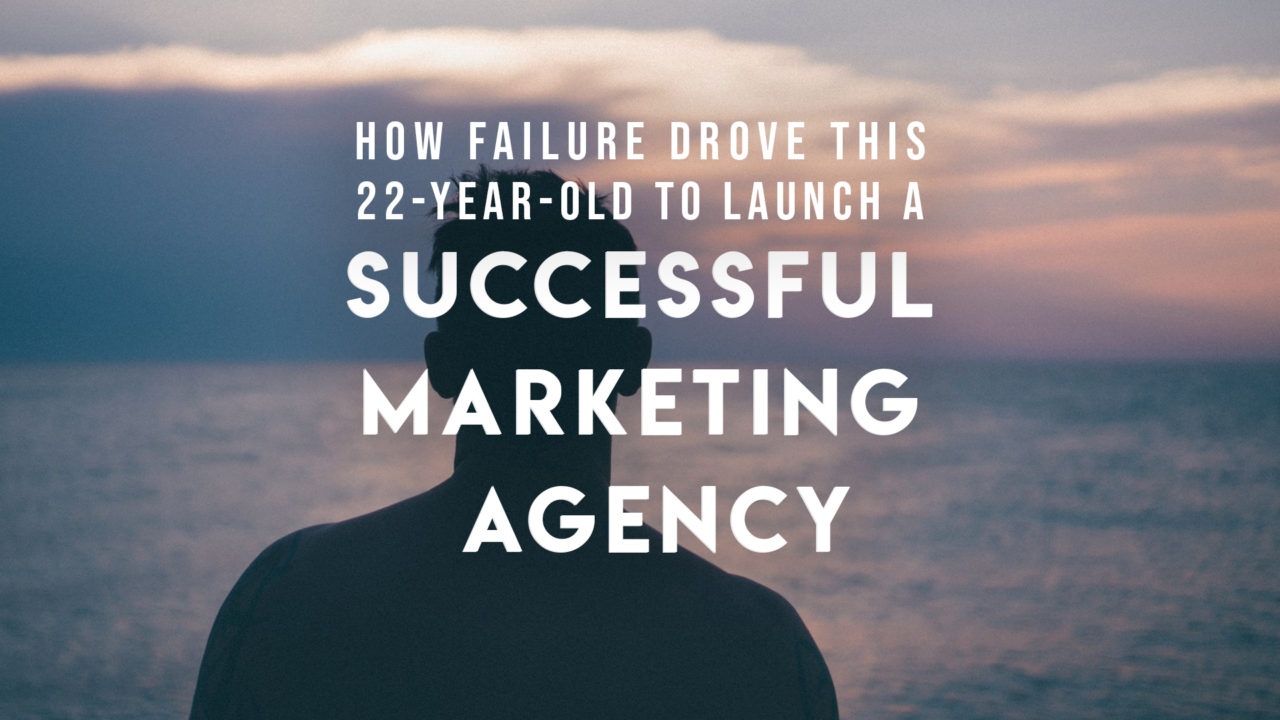 Most 22-year-olds have crumpled up receipts in their wallets; Alicia Waldner keeps a stack of business cards.

While other twentysomethings live in leggings and oversized T-shirts on the weekends, you’ll never catch Waldner wearing anything other than business casual (including heels and full makeup). For Waldner, every moment is an opportunity.

It’s because of this mindset that at age 22 she’s been able to start her own company, ADventure Marketing, LLC. The marketing agency is not only profitable but also boasts 14 clients and a mighty team of seven full-time employees and contractors –– just the beginning of what’s in store.

Failure: A Necessary Detour on the Road To Success

CEO success stories always seem to have a gap.

Each starts at the beginning with what sparked their big idea and then fast-forwards 20 years with the person sitting back, enjoying their success. It seems like no one ever talks about the in-between.

Waldner’s in-between is full of 16-hour workdays, endless to-do lists and coffee. A lot of it.

A year ago, she expected to work a full-time marketing gig once she graduated from The University of Tampa in Tampa, Florida. For over two years, she interned at a company and worked her way to the top of the intern pool.

A week before she walked across the commencement stage, though, the company informed her that the entire marketing department was being cut –– and the job it had promised her was gone.

“I loved everything (the company) had given me, but I felt so betrayed,” Waldner says. “I had put in all of this effort, worked my butt off, and right before my eyes it was gone.”

But those feelings of betrayal didn’t last long. Waldner used it as fuel –– like, super explosive jet fuel.

“I decided right then and there that I didn’t want someone to tell me if I’m going to have a job tomorrow or not,” she explains.

And she meant it.

In April 2016, she paired up with Zach Gresham, one of her old college peers. They decided to take a hack at starting their own business.

They called it A-Z Marketing. The partners wanted it to be a full-service marketing agency, but it just wasn’t in the books for them — yet. The company folded after two months.

“I don’t want to say we were too young, because you’re never too young to start something entrepreneurial,” says Waldner, who was 21 at the time. “But we definitely had things we had to learn on our own, like dealing with clients and having a business in itself, and growing our experience with marketing. We just really needed that time to grow.”

For Waldner, it was just more jet fuel.

She hit the entrepreneurial ground running. From the outside looking in, it seems like she’s been going a thousand miles per hour ever since.

From Freelance to Owning an Agency 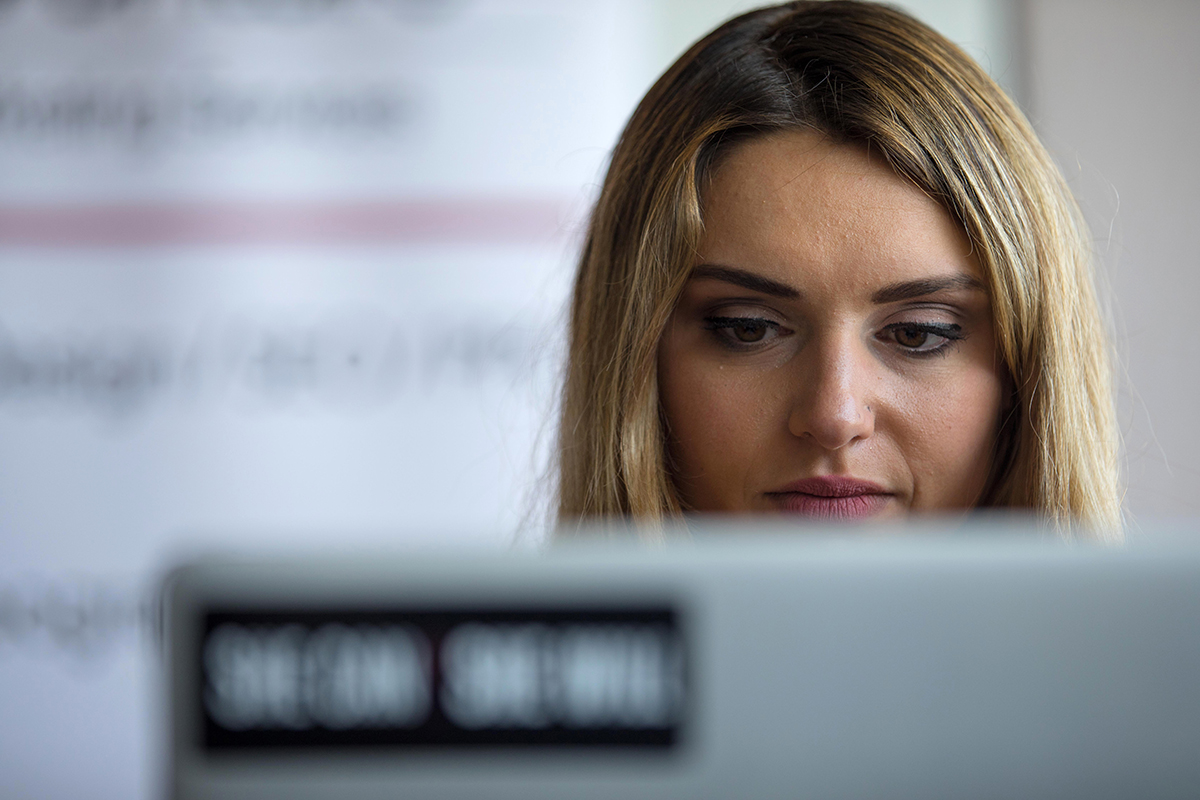 Waldner used online webinars and classes through sites like Lynda to learn the ins and outs of WordPress, SEO and coding for her business. Chris Zuppa/The Penny Hoarder

She used online webinars and classes through sites like Lynda to learn the ins and outs of WordPress, SEO and coding. She built her own website, using it as a tool to show what she could do.

Waldner worked a full-time sales job, too. Her weeks became 60-hour marathons (and still are). Weekends were nonexistent (she’s still working on gaining them back).

But it paid off. Her freelance business finally had a pool of clients. She kept learning along the way, whether from books or reaching out to people she knew, asking for help.

“My biggest thing was being in uncomfortable situations,” says Waldner. “I forced myself to do things that scared me. And it helped me grow.”

In January 2017, Waldner and Gresham decided to give their partnership another go. The following month, they established ADventure Marketing Inc., and incorporated that August.

Today, their clients include The University of Tampa’s College of Business and Armature Works, a trendy eatery and market in Tampa, among others.

ADventure Marketing is housed in the Sykes College of Business’ Lowth Entrepreneurship Center at The University of Tampa.

Since Gresham is still a student, they applied for free office space through the university’s accelerator program. They’re contracted to stay until August 2018 and then will apply for free office space through the college’s Spartan Accelerator and Incubator Program. Waldner hopes they’ll be able to take advantage of the free space for as long as possible. 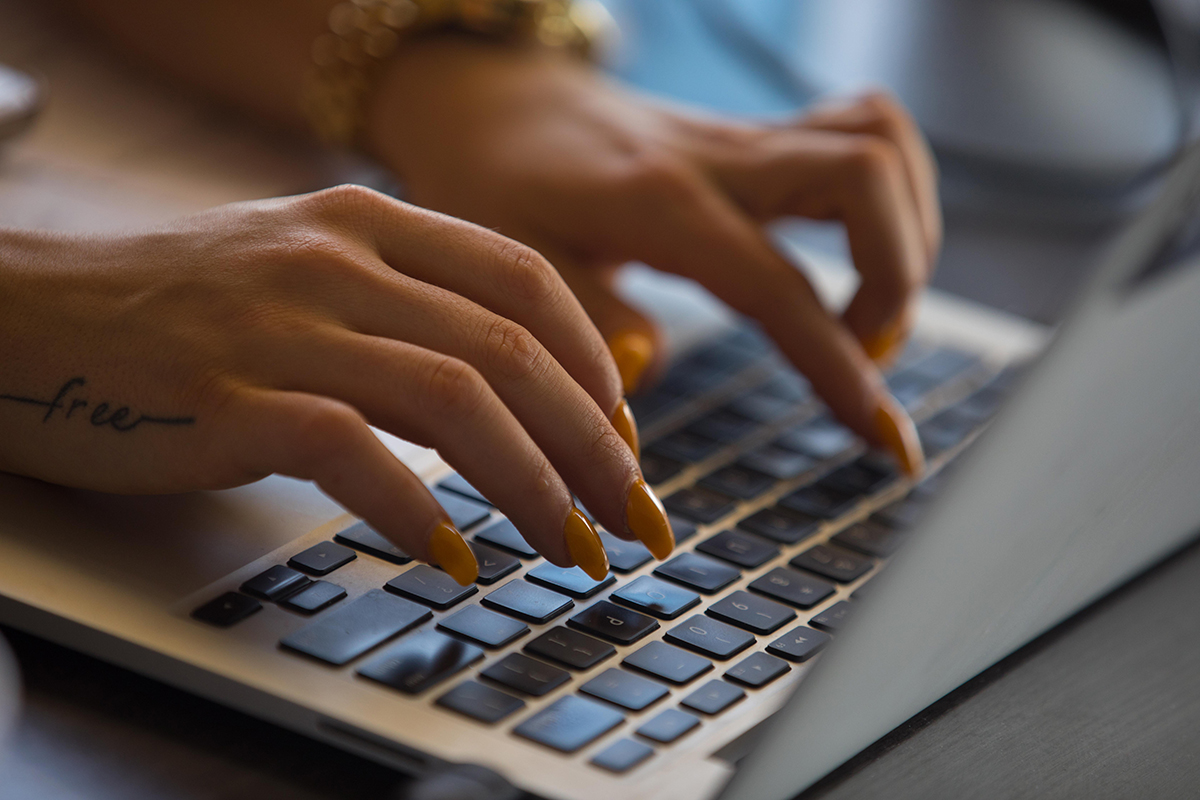 Waldner is constantly working, including responding to messages and developing pitches for clients. To deal with the stress, she goes to the gym late at night or before dawn and practices yoga on Sundays. Chris Zuppa/The Penny Hoarder

In addition to juggling 14 clients, countless prospects and a growing team of employees, Waldner is working to create a professional brand. (If you’ve ever heard of the term #GirlBoss, know that it applies here.)

In March, Waldner gave a speech at a woman’s entrepreneurship event at Xavier University in Cincinnati. Her company recently sponsored an innovation summit in Tampa that brought in over 2,500 attendees.

In her “free time,” she connects college students with The Caspers Company, giving them the opportunity to have hands-on experience by building marketing plans for local McDonald’s franchises.

Waldner recently quit a part-time serving job, something she maintained to help pay the bills while ADventure was still building a strong foundation.

Her father, who lives in Connecticut, doesn’t understand the level her business is functioning at. As Waldner puts it, he thinks she’s “running around down here without a job, making no money.”

“He says to me, ‘Why don’t you go get a real job with your degree?’ But this is my life,” Waldner says. “This is what growing a business is like. I love what I do. He just doesn’t really understand it.”

With everything going on, she deals with an enormous amount of stress on a daily basis. To cope, Waldner heads to the gym as late as midnight or wakes up at 4 a.m. to get a session in. She’s started practicing yoga on Sundays. It’s one of the only times during the week when she can “turn her brain off.”

What’s next for Waldner and the company? Continuing the grind –– and taking on more full-time employees by the end of the year.

Kelly Anne Smith is an email content specialist at The Penny Hoarder. Catch her on Twitter at @keywordkelly.